You are here: Home / Archaeology / Fairfield, Abingdon, and Carter’s Grove, 1924
One of the most interesting emails we’ve received in the Fairfield Foundation’s sixteen year existence arrived on March 9th at 11:09 pm.  The subject line was simple: Old Pictures.  It started our minds racing, especially after more than 15 years of researching the history of Fairfield plantation, and the Burwell, Thruston, and other families that lived there.  They came from a long-time supporter, Mr. Dudley Burwell of Huntsville, Alabama.  His email concluded with “…hope these pictures are of value to you.” Our answer was most assuredly “YES!!!!”
Mr. Burwell attached four different files, explaining that they were photographs taken by Dr. Howard Burwell (1883-1927), his great uncle, also of Huntsville. Howard Burwell visited Fairfield in 1924, having come to the area for other reasons (see below) but wanting to visit his family’s ancestral home.  What he found is what we expected: an agricultural field situated above a wide but shallow creek bed. His photographs beautifully document this environment.  They confirm that the house was gone from the landscape.  There were no majestic chimneys, standing solitary among the corn or wheat crops, nor did he record any gigantic piles of brick rubble or wall sections slowly falling into the cellar.  The demise of the Fairfield manor house was relatively quick, contrasting with the elegant ruins of neighboring Rosewell which stand to this day. 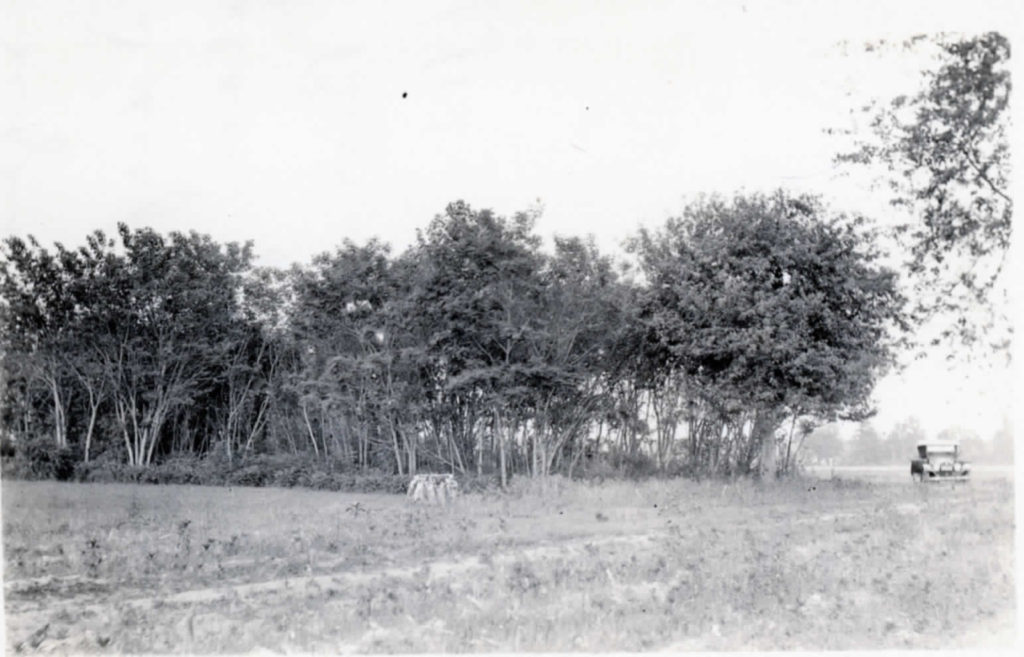 There are no signs of the former manor house (burned in 1897) at
Fairfield Plantation by the time of this picture in 1924.

Dr. Burwell’s trip also included a visit to Abingdon Church, where Sally Nelson Robins had orchestrated moving the Burwell family tombs in 1911, preserving them within the churchyard walls where the Burwell family had once worshiped.  We were delighted to find the photo below among the group, since our organization’s mission includes research and outreach on much more than just Fairfield plantation, and Abingdon Church was one of the primary places where the Burwell family and all of their neighbors came together to worship, gossip, and do business. Sharing this wonderful photo with the congregants of Abingdon Church, many of whom are dedicated preservationists, adds to their understanding of this amazing colonial church and its own architectural history. 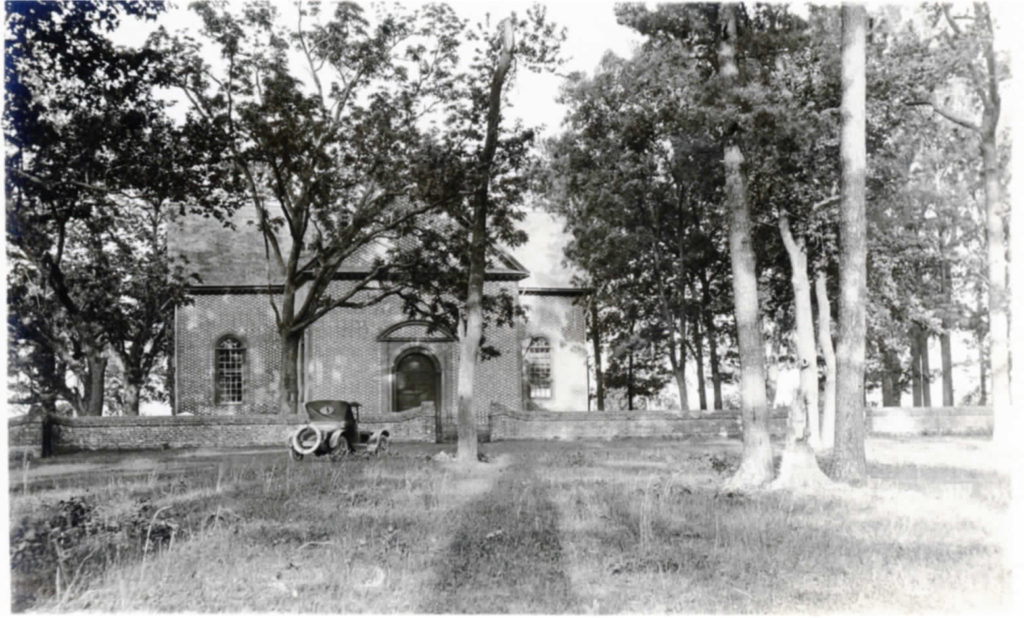 But there was another site that Dr. Burwell and his wife Frances visited that, perhaps, was the most significant and helpful of all.
The reason for Howard and Frances’s trip to Virginia was to see Carter’s Grove.  The ancestral Burwell home was for sale and they wanted to look it over, and potentially make an offer. Howard’s father, Dr. Edwin Burwell (1850-1910) had a great love of family history and had taught his sons (including Dr. Edwin Burwell (1887-1977), Mr. Dudley Burwell’s grandfather) about Fairfield and Carter’s Grove. Sadly, after looking at Carter’s Grove, Howard and Frances decided that it was not practical to give up a good medical practice and move to Virginia. They had an interesting trip but did not make an offer. 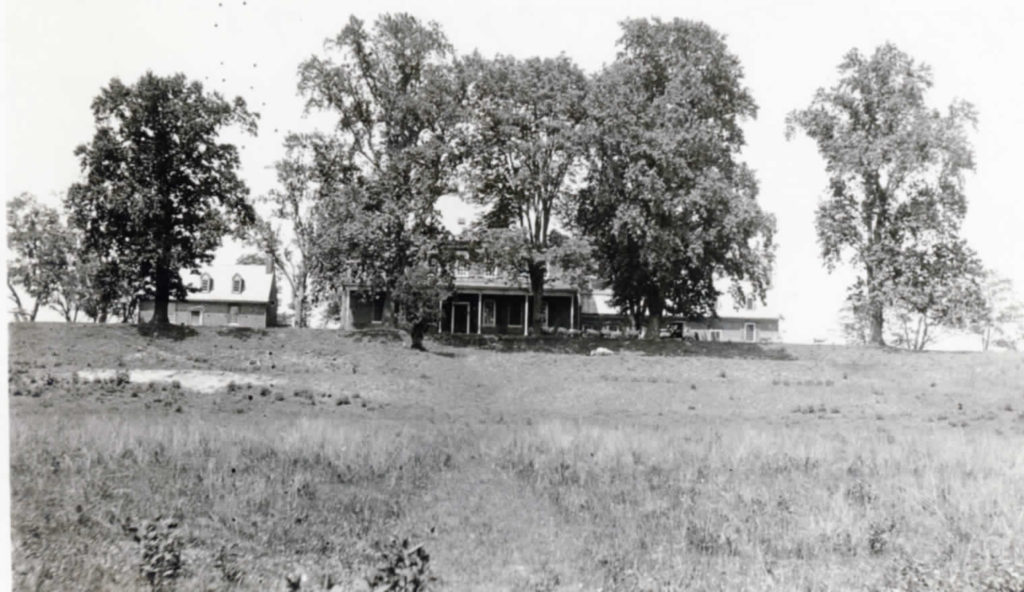 One of the photographs of Carter’s Grove taken during the 1924 trip. This was before the extensive renovations to the house and gardens.

The photographs, given to Edwin by his brother Howard, were passed down to Dudley Burwell who just so happened to be going through them one day and thought we might be interested in seeing them.  And we hope that you’ve enjoyed seeing them, too.  If you’re interested in seeing the entire set (most are of Carter’s Grove and show it before the significant changes from the 1930s that many of you saw when it was open to the public), please let us know by emailing us at fairfield@fairfieldfoundation.org.  Mr. Dudley Burwell’s generosity has already benefited ongoing preservation efforts at Carter’s Grove, which is now privately owned but protected by an historic easement with the Virginia Department of Historic Resources.
With luck, these photos might help you in your own research into these remarkable places. And if anyone out there has additional photos from old family trips to these historic locations we encourage you to share them with us. You never know when an old image will reveal new clues about the past.