The Fairfield manor house is most recognized for its massive diagonally-set chimney stacks. which stand out to anyone who sees them. The house had several sets, including two doubles and two triples, although one set was lost around 1839 when the west wing came down. These iconic elements of this once grand building are only part of the story; lost to the ravages of time are the magnificent details inside the house. 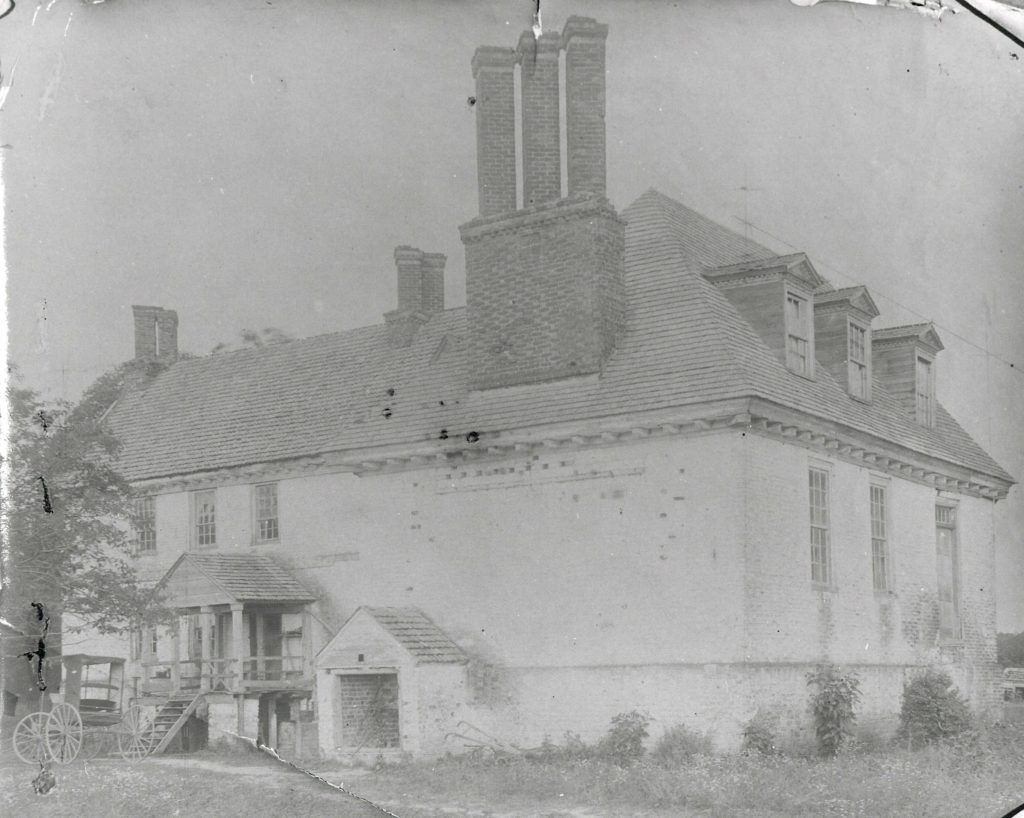 This June, the Fairfield Foundation received news that an artifact which helps shed light on the mystery of the manor house interior  would be coming back home. In the early 20th century Cecil Wray Page, Sr., a nearby farmer who lived along the York River at Shelly, rescued and reassembled fragments of a marble fireplace mantel from the manor house ruins at Fairfield, securing them on a concrete slab. 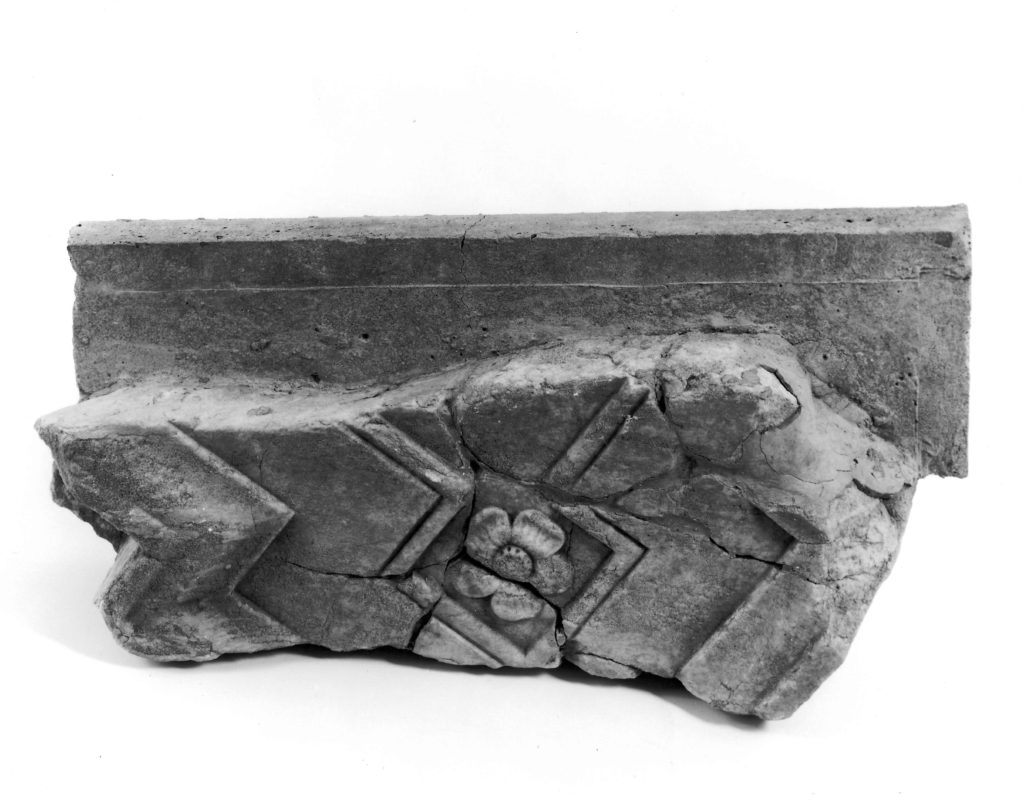 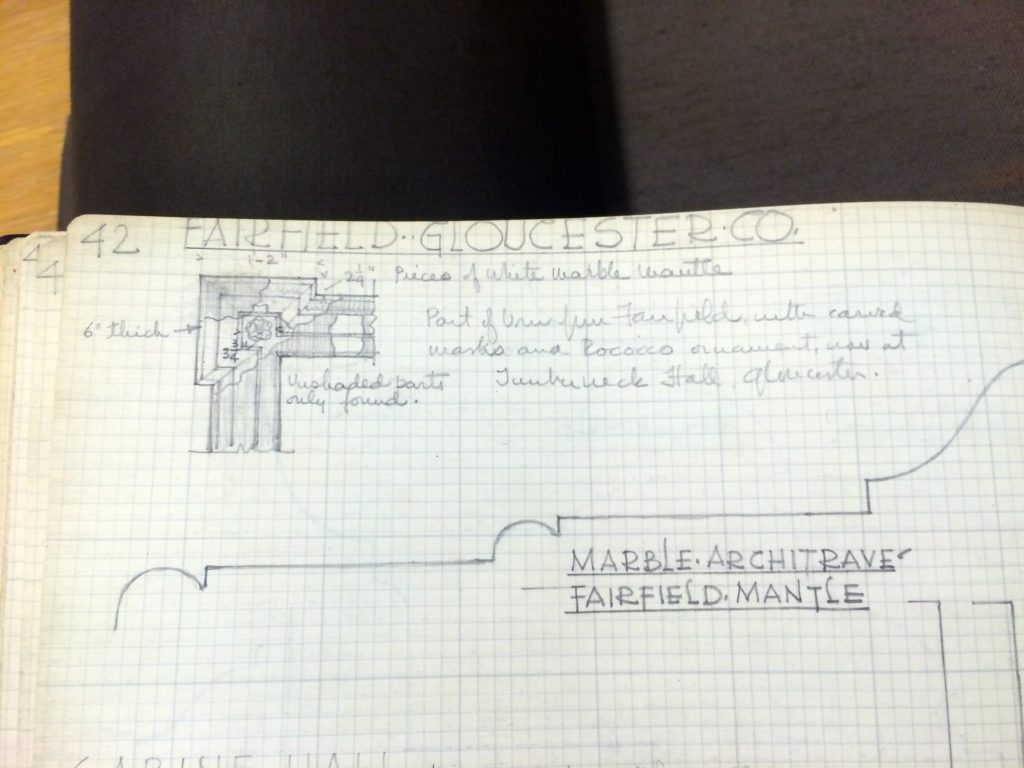 His efforts preserved the intricately carved details, including a beautifully detailed five-petaled flower that served as a central device of this mantel section. His son, Cecil Wray Page, Jr., loaned the fragment to the Virginia Historical Society in 2000 for their exhibit on lost Virginia architecture. Last month, Cecil Wray Page, Jr.’s son and daughters gifted the piece to the Fairfield Foundation, to display in our new headquarters and museum at the CAPE (Center for Archaeology, Preservation, and Education). It was an honor to receive it and acknowledge this contribution at our annual fundraiser, which was held at Fairfield on June 23rd. 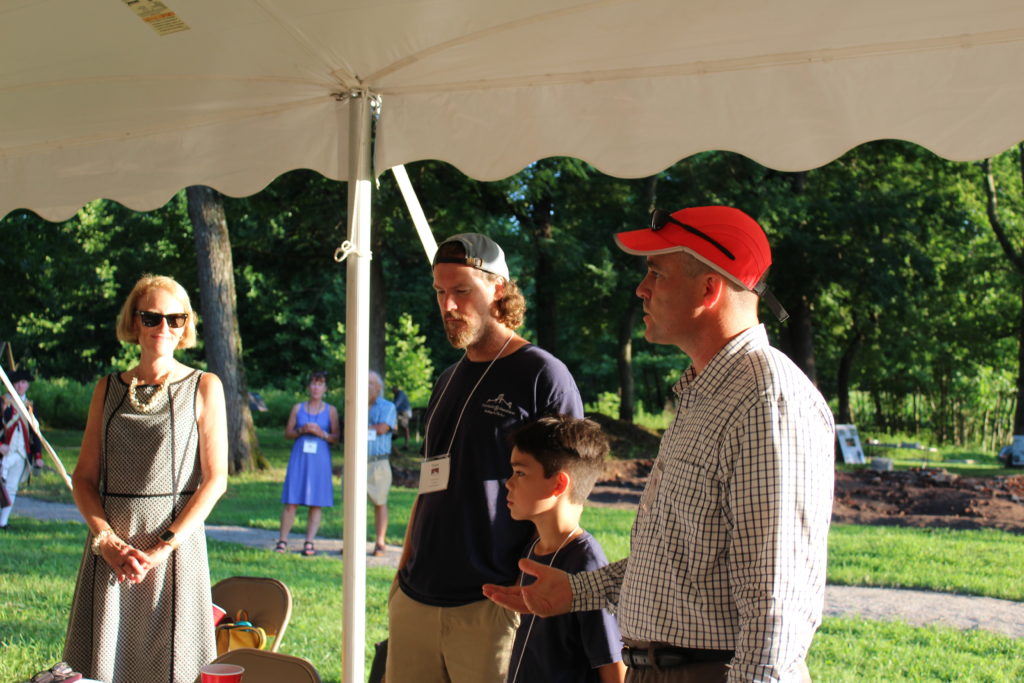 The acquisition of this fragment continues our long-standing interest in the design, construction, and use of the manor house. We are not the only people who have wondered “what did the interior look like?” Noted architectural historians like Henry Chandlee Forman, Thomas Waterman, and Ed Chappel visited Fairfield and documented its structural characteristics. We have six photographs of the building before it burned, but none are of the interior. Sally Nelson Robins, who grew up nearby and later wrote a genealogy column for the Richmond Times-Dispatch, wrote in 1911 that “It was my privilege to walk cross fields and busy brook to the old mansion – to stand in the huge ballroom and gaze at the marble mantel-piece, most magnificent in design and carving, to wonder at the reredos of the fireplace, which was of wood wonderfully carved. Especially beautiful was a female head carved at the intersection of wooden curtains, which were drawn back with exquisite grace. All of the paneling was gone but this, and this went too long before the house was burned” (Sally Nelson Robins, “The Story of the Removal of the Burwell Tombs – Carter’s Creek – The Burwells and the Burwell Tombs,” Genealogical Column, Richmond Times-Dispatch, 23 October – 12 November 1911) Her words only hint at the interior’s grandeur, though. Archaeology will likely be the primary means for understanding this part of the house’s story, and the mantel is an exciting chapter. Now if we could only find more of it…