You are here: Home / Archaeology / The Battle of the Hook, and researching Gloucester’s Revolutionary War landscape

The Battle of the Hook returned to Gloucester this weekend!  As this mock battle unfolded, we reflected on the changes to Gloucester County since 1781, and how the intervening history affects us today.  We are no longer colonies battling against the British empire, yet the Revolutionary War, and the ideas and ideals that emerged from that tumultuous time have been, and will continue to be, a vital part of our American identity.  Again and again we return to the principals, the struggles, and the outcomes of this war for inspiration, for knowledge, and for understanding.  As local archaeologists, we want to better understand Gloucester County’s role in the Revolutionary War, and the effect this conflict and ensuing political changes had on people, both free and enslaved, by examining what remains in the ground.  So many of these stories can only be found in the dirt.  As preservationists, we want to identify and preserve the sites important to that revolutionary time so they can continue to inform and anchor our understanding of a seminal moment in U.S. history. 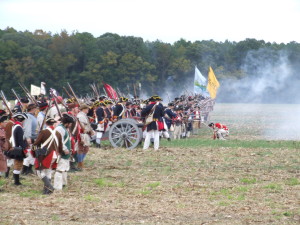 Gloucester County’s role in the Revolutionary War, and in all the wars that raged across this part of the country, hinged on the strategic location of Gloucester Point.  Located at one of the narrowest parts of the York River, English colonists fortified Gloucester Point, or Tyndall’s Point, as it was previously known, beginning in the 1640s, along with its twin settlement across the river at Yorktown.  Upon this same land, for similar strategic reasons, they platted Gloucester Town in 1707.  Gloucester Point was a commercial, military and transportation hub for the county and points beyond.  In the months leading up to and during the siege in 1781, Lord Cornwallis understood the strategic intersection of transportation routes at Gloucester Point and Yorktown, so close to Virginia’s erstwhile capitol at Williamsburg.  The events of this siege that led directly to the end of the war are well understood and documented, particularly by Dr. Selig’s research on the battle and the wider troop movements that coalesced in the showdown seen on both sides of the York River.  Less well known is the archaeological signature of this drawn out battle, the towns upon which the siege sat, and the countryside through which troops skirmished, camped and obtained supplies.  And what effect did this war have on the well-being and worldview of the surrounding citizenry, and upon the landscape itself?

We have learned quite a lot through the archaeology, but it is only slowly coming to light.  Events like the Battle of the Hook are a great catalyst to spur renewed interest and focus in researching the history and archaeology of places like Gloucester Point. Beyond the recently conserved Revolutionary War artifacts on display at Warner Hall (and after the battle, at the Gloucester Museum of History), archaeologists found several segments of fortifications at Gloucester Point (not the remaining Civil War earthworks that are still standing, but buried Revolutionary War fortification ditches), military burials, camp features such as hearths, as well as evidence of wartime disruption, including burned and demolished houses.  Nothing is left standing at Gloucester Point from the Revolutionary War, but there is much that survives just beneath the surface. 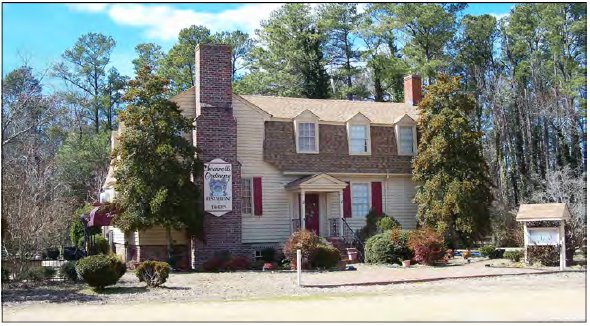 Venturing further from the Point, the evidence is less clear, but points of interest do remain. American forces, racing south to pressure General Cornwallis, camped near Ware Church and Robins Mill. Ware House landing and Timberneck Farm both served as launching points for troops and messages. Seawall’s Ordinary (picture above) and another Seawell family home served as headquarters for American and French troops. The battle was in our backyards, but the recent growth in Gloucester County, along nearly the same Rt. 17 corridor that was dubbed the “Great Road” in the 17th-century, has all but erased this era from view. Through the efforts of archaeologists, historians, reenactors, and Gloucester County, we are now learning more about the Revolutionary War in this area, and taking steps to identify resources that remain and preserve their stories.